I grew up with an interesting perspective on the electoral process. 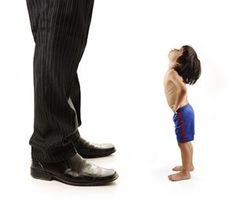 I was the short one on the right.

In the immortal and incessantly quoted words of Thomas P. ‘Tip’ O’Neill, All politics is local. I think that’s true – although perhaps not in exactly the same way the Former Speaker intended.

My grandfather, Harry E. Pettit (Sr.) was appointed Auditor of Washington County, Ohio in 1960, to fill an unexpired term; he ran for election to that office in 1962, and won. He would then  proceed to run for that same position, every other year, winning reelection eleven times in all, until retiring in 1985 after twenty-five years in public service.

So, my grandfather was a member of that much maligned class: he was a politician. He had campaign posters and buttons with his name and likeness emblazoned on them; he marched in parades, attended community events; he gave interviews to the local paper, and speeches to whatever groups would listen.

And because he was a politician, our family became, well, political. Now, I don’t mean we became some sort of Kennedy/Bush kind of dynasty; to my knowledge, my grandpa is the only family member who has ever been elected to public office. We did, however become intimate with the political process at it’s most retail, most local. We learned that a campaign, now matter how local, involves putting yourself out there – doing the work of  image making required to get voters to pull that lever, punch that hole, or make that X next to your name on the ballot.

My own experience on the campaign trail, while intimate, was limited. Unlike many of my cousins, who were both older and much more local than I was, my only exposure to his seemingly endless campaign occurred on our family visits, especially during summer vacation. They were the ones stuck with the grunt work of the local get out the vote effort: going door to door in neighborhoods and towns;  sacrificing precious Midway time to hand out flyers at the County Fair; acting as living props on parade floats, dressed up as pioneer girls, throwing candy as Grandpa shook hands with the people.

There was actually a snapshot of this – probably a black and white polaroid, as was my Grandpa’s wont. I remember seeing it. It was the sixties. There were cat’s eye glasses involved. 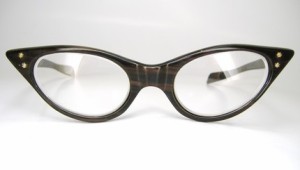 I think my cousins burned it.

My role in the campaign was much easier: I was just dragged to strange places,to eat food prepared by strange people, and try to smile when Grandpa introduced me to the volunteer firemen, or township trustees, or whoever. As a result of this torture, I developed an aversion to fish frys that would haunt me for years, and a visceral hatred of deviled eggs and Miracle Whip that remains with me to this day.

There is another Tip O’Neill quote that has always struck me as particularly insightful.

And to the chagrin of my long time liberal friends, it’s NOT the one about Ronald Reagan.

It’s easier to run for office than to run the office.

Consider, if you will, the office to which my grandfather dedicated so much of his life, both running for and actually running:

As Chief Fiscal Officer of your county, the Auditor is the bookkeeper for all county elected officials and many of the county agencies such as Human Services and Children Services. The County Auditor also keeps books for many “outside” agencies such as park districts, health departments, soil and water conservation districts, and regional planning commissions. As part of that bookkeeping responsibility, the County Auditor pays all the bills for these groups including payroll.

The Auditor establishes the real property value and calculates the property tax for every parcel of real estate within your county. After the taxes have been collected by the County Treasurer, the Auditor then calculates how much of the money collected goes to each taxing district.

The Auditor is responsible for: sealing gas pumps, scales and other measuring devices; licensing dogs, vendors, and others; calculating taxes and administering assessments; administering tax exemptions for senior citizens, the disabled, charities, and churches;  distributing money to schools and local governments; chairing and/or voting on many local governmental boards.

To me, all this sounds like some kind of punishment –  the kind of things you assign to somebody who misses the crucial organizational meeting to go fishing or something. Seriously, you couldn’t pay me enough to do this job, much less make me go before the voters every two years, asking them to let me do it.

Me, after a week as County Auditor, (artist’s rendering)

I never asked him why he chose this path, but I suspect he would have told me someone had to do it. Beyond the angry words of property owners, the frustration of school administrators, the vacillation of nervous mayors; beyond the continual demands of campaigning and public accountability,  there was, and is, a basic truth: here is an important job – a job that needs to be done honestly, and well. It was the truth reflected in his perennial campaign slogan: 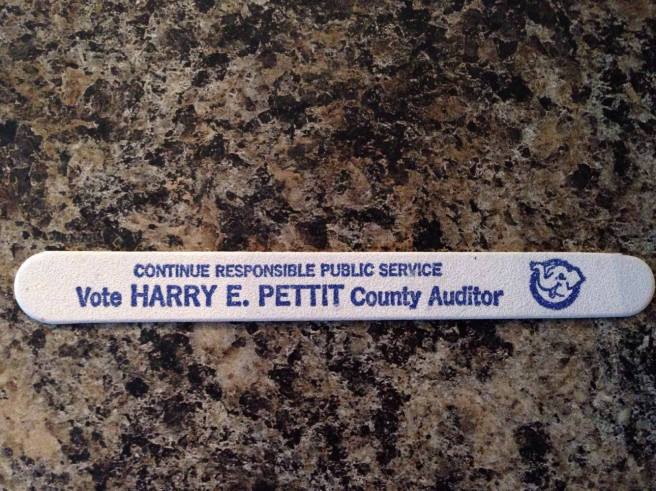 I don’t know if my Grandfather truly loved his work – I never asked him that, either. What I do know is this: instead of using the Auditor’s office as a stepping stone to higher office, he ran for that thankless position, again and again and again; he listened to endless complaints about property assessments and tax bills; he delivered hard truths about income and expenditures; he served on committee after committee, doing the boring, repetitive, necessary work of responsible public service – and doing it well. 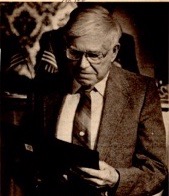 I want to vote for that kind of politician.

And not just for County Auditor.

4 thoughts on “In which I learn the power of the vote, part B”