The bearer of this, who is going to America, presses me to give him a letter of recommendation, though I know nothing of him, not even his name. This may seem extraordinary, but I assure you that it is not uncommon here. Sometimes, indeed, one unknown person brings another, equally unknown, to recommend him; and sometimes they recommend one another. As to this gentleman, I must refer you to himself for his character and merits, with which he is certainly better acquainted than I can possibly be. I recommend him, however, to those civilities which every stranger of whom one knows no harm has a right to; and I request you will do him all good offices, and show him all the favor that, on further acquaintance, you shall find him to deserve. Benjamin Franklin1

Call me Patrick. I insist.

True story: When I was a kid, I learned, somewhat later than I like to admit, that  Pat the Bunny, Dorothy Kunhardt’s classic of Interactive Literature, was not, in fact, about a rabbit named Patrick.

Later, I would learn the world is a cruel, unfair place.

And then, not long after, insult was added to my confusion and dismay. At some swanky function – perhaps my uncle’s wedding – I was introduced to a curious dab of creamy goodness packaged on a shiny cardboard square and covered with a bit of wax paper; these exotic little jewels tended to accompany loaves of bread, baked potatoes and pancakes at your finer dining establishments.

You can see where this is going.

I was smitten, slapping one after another onto my spud before my mother caught me. Imagine then my humiliation when the waitress, who had called ME Hon, had the temerity to call this little smear of grease Pat. Alas. It had been made clear to me once and for all, that Pat was either, A.) a verb; or 2.) a unit of butter. I decided to go by Patrick.

Except for that one year I had to be Sean, since my best friend was also a Patrick P, and his name came first on the roster. And yes, my middle name is Sean.

As a kid, this impressed me. 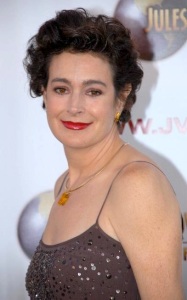 As a young man, this made me feel a little weird.

One thought on “A Letter of Introduction, Part One.”